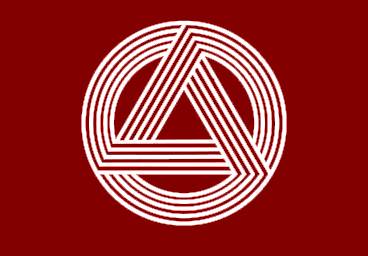 Analytical Trilogy is the development of Integral Psychoanalysis, created by Norberto R. Keppe who unified science, philosophy and theology.

Keppe named his method Trilogy, based on the result of a study

Of the Human Being: Feelings (Love), Thought (reason) and Aesthetics
Of Society: Theology, Philosophy and Science (and the Arts)
Of God: Divine Trinity, The Father, The Son and The Holy Ghost

And Analytical, due to the fact that it is an experimental science and accomplishes an analytical scientific work.

Contrary to psychoanalytical, psychological, psychosomatic and psychiatric orientation, Keppe is the only scientist who points out that the main causes of mental illnesses are related to psychic factors, that is, factors that arise from the individual’s own interior linked to the inverted application of his will. As a consequence, Keppe developed the first real psychological science.

And, by applying psychoanalytical science to studies accomplished in Philosophy and Metaphysics, Keppe discovered that psychic illness (neurosis and psychosis), likewise, organic and social illnesses, are the result of the distortion and destruction of pre-existent sanity in the human being. Malum privatio boni – Evil being the privation of what is good, in agreement with philosophy; and in science, illness being the privation of health.

Based on Keppe, another fundamental aspect related to the etiology of human difficulties is found in the field of socioeconomic structure when it is organized to serve those who detain a pathological socioeconomic power. This type of organization, whose laws and philosophy are based on inverted values, is the other cause for mental and organic illnesses.

Keppe accomplished the unification of the field of spirituality with science when he considers that the human being was created essentially in goodness, beauty and the truth, but, due to his opposition towards his Creator (theomania and envy) he inverts his will falling from a perfect conduct into illnesses and suffering. In this sense, the human being is similar to fallen spirits which Keppe calls schizophrenic angels – and shows the similarity in behavior of psychotics and those who are sicker, with these unhappy and destructive creatures in transcendence. Conscientization of this problematic (psychopathology) is the only means of solving the spiritual, social, psychological and organic issues.