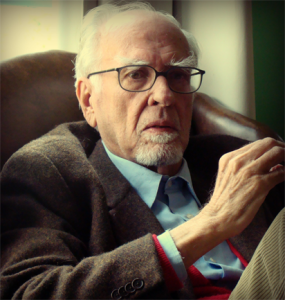 Norberto Keppe was born in São Carlos, Brazil in 1927. The youngest of seven children, he was raised in a highly intellectual environment, and exposed to many discussions on philosophy, politics, education and theology, which caused him to develop a receptive universal mentality.

A lover of the arts and literature, Keppe dedicated much of his childhood and adolescence to the study of music and the great literary classics.

At the age of 18, he enrolled in the Seminary of São Carlos with the ideal of helping to reform religious institutions. He believed that the philosophy espoused by the “religious functionaries,” as he calls them in his books, was frequently contradictory to God’s true purpose. Keppe believes today that the church has been jeopardized by the psychopathology of its creators, and that this has long hindered the progress of civilization.

Keppe spent 3 years in the seminary and then went on to complete degrees in philosophy, psychoanalysis, social science, education, business, and psychology.

In 1952, he began work at the Clinical Hospital of the University of São Paulo. In 1955, while a student, he was invited to give classes as Professor Enzo Azzi’s assistant. Keppe continued teaching at PUC for 10 years. He also lectured on psychosomatic medicine and psychoanalysis at the Medical College of the State University of São Paulo (USP) and at the College of São Caetano.

In 1958 he was invited to Vienna by Professor Igor Caruso to study psychotherapy and psychoanalysis at the Viennese Circle of Deep Psychology.

He studied and worked for 3 years at the Polyclinic of Professor Viktor E. Frankl. At that time, Keppe also frequented study groups led by Professor Knut Baumgarten, as well as attending other psychoanalytical groups. He also wrote the book Integral Psychoanalysis, the thesis he elaborated as a result of his work in Vienna.

Returning to Brazil in 1961, Keppe continued to attend patients at his private clinic while he directed the Psychosomatic Medicine Study Group at the Clinical Hospital of USP. There he worked with patients who had been referred to him suffering from a wide range of physical ailments, allergies, cardiovascular and respiratory problems, gastrointestinal and gynaecological difficulties, etc.

He founded the Society of Integral Psychoanalysis, known today as the International Society of Analytical Trilogy, in 1970. It is important to note also that Keppe worked for many years in the field of industrial and social psychology, consulting with large companies and hospitals in personnel selection, division of labour techniques and management psychology. He gained valuable experience that eventually led to the creation of the Trilogical Enterprises business model.

For almost 15 years he utilized Freudian theory and methodology to treat patients suffering from neurosis, psychosis and psychosomatic diseases. Never fully satisfied with the results of this methodology however, in 1972 Keppe began to apply some of the concepts developed by psychoanalyst Melanie Klein, specifically her ideas about envy. In 1975, British psychoanalyst Wilfred R. Bion’s work provided Keppe with the inspiration to take the liberty to create his own hypothesis. However, it was only in 1977 that his dissatisfaction with the psychoanalytical orthodoxy led him to fully abandon Freudian orientation.

He began to listen to his patients closely without attempting to fit them into any existing hypothesis. As a result, he was able to formulate his own theories and methodology while conserving only the traditional techniques that he believed to be valuable, namely, the use of the couch in analysis, the association of ideas and the interpretation of dreams.

Keppe continually strove for the best possible means to alleviate the suffering of his patients. He always sought clarity and inspiration in the works of the greatest philosophers and scientists. After many years of research and experimentation, he succeeded in accomplishing the unification of science, philosophy and spirituality.

In 1980, the international phase of his work began. Keppe was invited to present Analytical Trilogy in some 15 European countries, and in the Americas. In 1984, he moved to New York with a group of assistants and researchers. There he made his important discoveries in psychosocial pathology, specifically the impact of the pathology of social and economic power on individuals.

In 1988, after fleeing persecution in the U.S., the result of his searing books The Decay of the American People and Liberation of the People – the Pathology of Power, he moved to Europe to continue his research and work in psychosocial pathology and to assist the developing Centers of Analytical Trilogy in Europe.

Gifted with great charisma and ability to communicate, Keppe has lectured widely in Brazil, Latin America, Europe and the United States. He is the author of 36 books, some translated into 9 languages, and the creator and co-host (with Dr. Pacheco) of award-winning Cable television and radio programs in São Paulo, The Universal Man. His effective, powerful psychoanalytical process helps hundreds of people at his private clinic, the largest in Latin America, where he and his team of 11 analysts continue to develop this extraordinary psychosociopathological methodology.

Because he had practical experience in culture, art, theology, philosophy and science, Keppe has been able to unify them in a harmonious and constructive manner. He has perceived that truth is the same in all areas and unless humanity unifies its efforts toward this integrated truth, human beings will destroy their world.