The mission of the STOP the Destruction of the World Association is to provide consciousness of the psycho social roots of human, social and ecological illnesses and treat them with psycho-socio therapeutic projects based on the science of Analytical Trilogy. 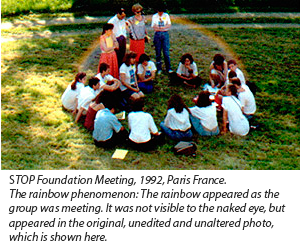 The STOP the Destruction of the World Association is sponsored by the Keppe and Pacheco Association, a Non-Profit Organization founded in Paris in 1992 by psychoanalyst and writer Claudia Bernhardt de Souza Pacheco. The Association is made up of an international group of individuals and institutions dedicated to preserving humanity and nature. Project STOP’s guiding principles:

STOP’s scientific and philosophical orientation comes from psichoanalyst, phylosopher and physicist (independent researcher) Norberto Keppe, the creator of Integral Psychoanalysis or Analytical Trilogy and author of more than 35 books on psycho-socio-pathology.

Keppe’s objective is to accomplish a massive conscientization of the psycho-socio-pathological causes of the problems of our age (which are currently unconscious) by conducting a true socio-therapy.

Our programs offer tools for those who want to work to stop the destruction, and also to improve the quality of life for human beings, society and the planet as a whole.